Our world is fracturing.

It’s fracturing across many issues: from politics to race; from climate change to gender. And as it fractures, it becomes more and more tribal. People self-sort into groups that think the same way and often act the same way. And social media turbocharges this polarisation.

These groups may have opposing views on many issues, but they have this one thing in common: they’ve swallowed several lies.

These lies drive how they think about the world, how they talk, and how they act, especially toward those who think differently to them. These lies are fracturing our world.

And Christians are not immune from believing these lies.

We can swallow them if we’re not careful, adding to the polarisation and even dividing our churches. And so, here are four big lies I’ve noticed:

1) The World Is Black And White

We can fall into the trap of seeing the world in stark black and white ways.

Good and Bad. Right and Wrong.

Now there are parts of reality that are black and white. The Bible describes many of these bits. For example:

Those things are black and white.

But many things in our world aren’t black and white. And yet, how often do we fall into black and white thinking, especially when it comes to political and cultural issues:

Are you questioning the use of long-term lockdowns? Well, you’re not concerned about other people’s wellbeing, but only your selfish freedoms.

Do you question Australia having net-zero carbon emissions by 2050? Then you have no care for the environment or others.

Does your church mandate mask-wearing? You don’t trust God enough but have succumbed to ‘safetyism’.

But notice that in each of the above examples, there are other options – shades of grey as it were – that could explain people’s thinking:

A person could be concerned about the use of long-term lockdowns because of their vulnerable neighbours (e.g., single mums with young kids, those with mental health concerns), especially in an environment where a long-term lockdown has thus far failed to stop the spread of the virus.

A person could agree with IPCC reports about Climate Change but disagree about the wisdom of pursuing a particular policy to address it.

A church could mandate mask-wearing out of submission to God and government (Romans 13), even as they trust God for their life and wellbeing.

In other words, these issues – like most cultural and political issues – are not so black and white.

There is no clear apostolic ‘once for all delivered to the saints’ response to those issues. They’re tricky. They’re complicated. And so, we shouldn’t put them in the same basket as the Bible’s view of salvation.

But sadly, we Christians often do.

And when we do, the emotional temperature rises to stratospheric heights when others disagree with us. Rather than giving each other space to hold differing views on ‘disputable matters’ (Rom 14), we harden into warring tribes. We lob proverbial hand grenades at each other. We Snipe. We Fight.

2) The World Is Divided Into Good People And Evil People

But in practice, do we divide the world into good and evil people based on their view of climate change, lockdowns, vaccinations – or any number of high stakes issues? Are we tempted to silence them – to cancel them? Whether by tearing down their reputation publicly? Or through today’s weapon of choice: the social media ‘pile-on’?

There’s no shortage of outrage in today’s polarised world.

In a world that simplifies issues to black and white and sees opponents as evil, as enemies to be destroyed, is it any wonder there’s so much outrage?

And yet, we Christians can hear this tune and sing along to it:

When the Bible says we should be quick to listen and slow to speak (Jas 1:19), we become quick to judge and fast to anger.

When the Bible says our gentleness should be evident to all (Phil 4:5), we become known for our harsh tone and the way we condemn others.

When our culture is being torn asunder by culture wars, we join in happily, not exploring more gracious ways of engaging those who oppose us (Col 4:6).

The human brain makes sense of our world through narratives.

This is especially true in an age of information overload. As The Gospel Coalition’s Brett McCracken argues:

‘When a relentless barrage of information hits our brains, it’s easier to file things away in tidy narrative boxes (“This is proof of that”) than to lay them out on a table and see what reality emerges from the evidence. Quickly plugging data into established narratives is a coping mechanism in a world of information overload.’

And so, we go for the narratives that align with our current thinking – or more to the point, our existing feelings – about specific issues.

Whether it’s lockdowns or vaccinations, climate change or race – we all too quickly align ourselves with political and cultural tribes that so often privilege feelings over facts. We don’t grapple with the messy reality: we swallow the simple narrative instead.

And as a result, our churches become increasingly divided along contested political and cultural lines.

The Gospel That Cuts Through These Lies

How can we cut through these lies?

By returning again and again to the gospel:

Instead of seeing the world as black and white, we realise that we live in shades of grey (apart from a limited number of issues).

Instead of dividing the world into evil people and good people, we remember that we’ve all fallen short of God’s glory. The dividing line between good and evil doesn’t cut between political viewpoints but through each of us.

Instead of being driven by outrage, we remember the King who was gentle with us. And so, we show gentleness to others.

Instead of swallowing narratives that make us feel good, we work hard to find the truth.

For we serve the God of all truth.

84 Per Cent of Parents Find it Hard to Be Imaginative With Their Kids, Says New Play Report

ANZAC Biscuits: Their History, and a Recipe for a Paleo-Friendly, Healthier Version 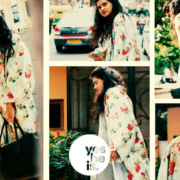 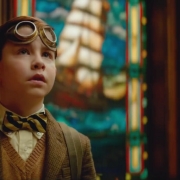 The House With a Clock in It’s Walls: Movie Review

Love for the Long Haul
Is Your Phone Battery Dying by Lunchtime? Here’s Some Tips to Fix That