Blog - Latest News
You are here: Home1 / Articles2 / Ask Dr Justin — How Do I Teach My Child Not to Swear?

How do you teach a child not to swear when swearing is everywhere – on television, on YouTube and even occasionally from their parents! My daughter thinks it’s ok to say frigging as it’s not the “real” word.

They also learn all the words very early on at school as some kids think it is cool to say them. And recently one of my kids has learnt to express her anger by using her middle finger. How do I teach her that’s not ok?

“Coarse language” is all over the TV. It’s everywhere on social media. And it’s always been the way some kids demonstrate how cool they are in the schoolyard — from about Grade 3.

Even though we are surrounded by it (and most adults use it), coarse language still startles us a little when we hear it come from the mouths of kids. When a four-year-old drops an F-bomb, everyone pays attention!

Some parents aren’t bothered by swearing, even from their pre-schoolers. Others (like me) prefer that their kids don’t even say “shut-up” or “idiot”.

Most kids are going to swear. (Not all, but most.) It’s a kind of forbidden fruit that they’ve got to taste. When they swear, they feel powerful, adult-like, and cool. But there are a few things we can do to reduce their swearing and rude gestures.

First up, we’ve got to be an example. If kids have a potty-mouth parent, they’ll likely experiment with the same words they hear coming from you. If you don’t want them to swear, you need to keep it clean.

Second, even if you’re a great example, they will hear swearing as they get older. We need to pre-arm them. This means we talk about swearing. Ask them how they feel when people swear. Get them to think about what they’d do if someone was swearing around them. Ask them if they think it’s ok for them to swear. Then explain what you think is appropriate (such as “As your mum, I don’t want you to swear because…”).

Encourage Consideration of Others

By the time they’re about ten (sometimes younger), they know they can get away with things like swearing behind your back. And they will! So shift to a discussion about being considerate of others.

You might say “I don’t like swearing. I don’t like middle-finger salutes. I think it reflects poorly on you, and on our family. Lots of other people don’t like it either. I don’t want you to do it, but I also know I can’t stop you doing it. But there are some times it’s totally wrong to swear or stick your finger up. Can you give me some examples?”

You want to guide your child to be mindful of others, to watch their language in public spaces (such as at the shops, on a bus or train, or where little kids are around). Your goal: help them to have empathy for others.

If you don’t want swearing in your house be firm, regardless of their age. If their friends swear at your place, take your child aside. Ask them if they’d like to explain the rules to their friend, or if they’d prefer you to. You set the standard.

When they do swear, it’s best to not make a big deal about it. Wait for the moment to pass, explain how you feel, ask them to be considerate of others, and let them work it out for themselves. When you relax about it, the thrill wears off much faster.

Tuning in Together for #ChangeTheHeart

How To Talk To Your Children About Death 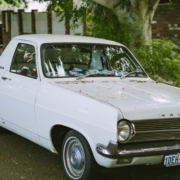 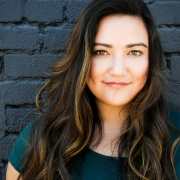 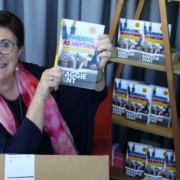 God’s Not Dead 3 – Should the Church Still Have a Place in My Community...

One of The Best Things You’ll Hear Today: You Are Known
Scroll to top