A recent data release from the ABS shows some interesting findings about Australia’s population and migration trends for the year ending 2018.

These key findings include:

England is still leading, but likely to be replaced by China and India by 2030

Almost three in ten (29%) Australians were born overseas and when we see the top five countries of birth, it shows fascinating trends towards Asian migration. Australians born in England is still the largest group, however by 2030 China and India are likely to rise above England.

In 2018, the fastest growing countries of birth other than Australia (out of the 40 top countries) include:

The Right Coloured Ashtrays for Church

The Haunting Questions Of “The Tattooist Of Auschwitz” 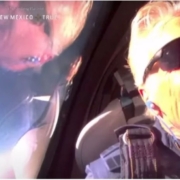 To Space and Back: Sir Richard Branson Aboard Virgin Galactic Unity 22