Blog - Latest News
You are here: Home1 / Articles2 / Be a Friend of God

Wouldn’t it be amazing to have a relationship with God like Moses had?

When you trust in God, he speaks to you as one would speak to a friend. It might not be face to face, but it is always personal, honest, and caring. That’s just how friends speak to each other.

But think about Moses. In terms of being qualified to be a friend of God, he seemed the most unlikely. The first time that God spoke to him, all he did was make a long list of excuses about why he couldn’t be a friend of God, and do what God asked him to do (Genesis 3:11–17; 4:1–13).

And really, Moses seemed to have a good argument. After all, he was just a shepherd. Even worse, he was a murderer. He was a murderer because of his hot temper, which he never fully overcame, even towards the end of his life (Num 20:11–20).

There are others in the Bible who are called friends of God as well. Abraham is called a friend of God (Isa 41:8, James 2:23). Abraham was someone who didn’t quite seem to get the hang of what it meant to trust in God, except until right at the end.

So, how can you be a friend of God? Jesus tells us how:

You are my friends if you do what I command. 15 I no longer call you slaves, because a master doesn’t confide in his slaves. Now you are my friends, since I have told you everything the Father told me(John 15:14–15, NLT).

God wants you to see him as his friend.

That’s why Jesus says that he shares everything with us. That’s just what friends do. As a result, when we accept his leading in our lives, it is on the basis of a relationship based on mature and reciprocal trust: true friendship

The Bible tells us that this friendship relationship wasn’t initiated by us, but by God:

while we were God’s enemies, we were reconciled to him through the death of his Son…(Rom 5:10, NIV).

Jesus has shown you that you shouldn’t see yourself as God’s enemy. Anyone who wants to be God’s friend, can be! There’s nothing that can come between you, if you are willing to trust him. The Cross was God’s great work of reconciliation. All you have to do is accept it.

Face the fact: none of the people who are called a friend of God in the Bible were perfect. They were just standard, average human beings. What made them extraordinary is that God called them his friends.

And that can be you as well. And one day soon, God will speak with you face to face. Because that’s what friends do.

About the Author: Dr Eli Gonzalez is the Senior Pastor of Good News Unlimited and the presenter of the Unlimited radio spots, and The Big Question.

When Friendships Go Wrong For Girls

God’s Not Dead 3 – Should the Church Still Have a Place in My Community?

What You Need to Know About the Driverless Age 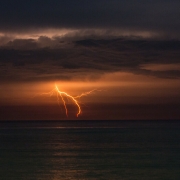 The Storms We Make Ourselves

A Faith Response To Climate Change