Eternity. It’s a word that has captivated the people of Sydney and beyond since it mysteriously started appearing in yellow chalk on Sydney’s footpaths in the 1930s.

It was only in 1956 that the identity of the mystery chalker was revealed as Arthur Stace, a reformed alcoholic whose heart was dramatically changed after walking into a men’s meeting at St Barnabas Church Broadway, primarily for warmth, a cup of tea and a rock cake.

JB Hammond was preaching as Arthur sat with other down and outs.

“If any of you men are sick of the lives you are living, there is One who loves you who will set you free and His name is Jesus,” invited Hammond, and Arthur stepped forward.

The story of Arthur Stace is not only a story of redemption, but it is a story of the times and the city in which he lived.

For the 50 year anniversary of his death the Bible Society commissioned a first-ever biography of Stace by award winning author and historian Roy Williams, with Elizabeth Myers whose whose parents were close friends of Arthur Stace.

On Open House we explored with Roy Williams some of Arthur’s intriguing, and previously unknown, background story.

The book, Mr Eternity: One Man, One Word is now available at Koorong Stores and at www.koorong.com.

How to Help Our Elderly in the Pandemic Shutdown

Your New Roles with an Empty Nest 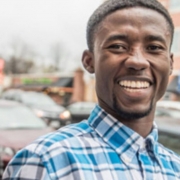 What to Do When Your Child Is Fearless!
0 replies

7 Tips to Help You Have a Stress-Free Christmas

Eb, Flow and the Pursuit of Balance
Scroll to top