Blog - Latest News
You are here: Home1 / Parenting2 / Success: Why We Should Focus On Who (Not What) Our Children Become

“I’ve got a question for you”, the cab driver stated expectantly. I was on my way to give a talk about parenting. He had asked where I was going and why, and his eyes lit up when he found out what I do for work.

I had emails to respond to. I had a call or two to make. But I love to talk parenting so I paused, smiled, and said “Shoot. What’s your question?”

“How do I make sure my son becomes a pilot?”

I was surprised by this question. Most of the time I’m asked about discipline, getting kids off screens, and the other day-to-day minutiae of parenting power struggles.

This man was well-meaning. He obviously loved his son and wanted the best for him. But I was uncomfortable with the question. What if his son didn’t want to become a pilot? What if this was just a controlling father setting unfair or unrealistic expectations on his son? What happens if his son fails? These, and other questions raced through my head as I considered how to respond to him politely but clearly.

Eventually I suggested: “My sense is that who your son becomes will be far more important to his happiness in life that what he becomes.”

As parents, many of us spend far too much time focused on values like ambition, income, and other outward symbols of success. Yet these things do not make us happy. The central lie of our entire society is that income, status, and “success” lead to happiness. But researchers have found that once the rent or mortgage is covered, food is in our fridge, and we have the basics taken care of, money does not make us happier.

I suggested to him that focusing on building values like honesty, compassion, and kindness might serve his son better and help him lead a happier, more fulfilling life. “If your son is a pilot but is not a person of character, will he be successful? Or what about if he becomes a taxi-driver like you, but he is a good man, loves his family, and works hard? What would make him happier? Or you?”

But the driver was sceptical. I shifted perspectives.

“When you look at your dad, do you see him as a professional or as a person?” I asked him. He explained that his father lived in India, and that he had very little money. “And do you value him less because he is poor?”

“No of course not. He is my father”, he replied.

“Do you feel your son is going to think poorly of you because you drive a taxi?”

The driver was thoughtful, and he responded with honest vulnerability. “No. I think I am the one who thinks poorly of me. He will see me as his dad.”

“So what kind of a dad do you want to be?” We talked about whether it was more important to be a father who was rich financially, or a father who possessed a rich character.

In the workshops that I run around the country I often ask parents what they want most for their children. The first responses are almost always, “I want them to be happy. I want them to have a good life.”

While enjoying financial successes and career status may help them to be happy and live good lives (and there are many people for whom this is true), this cannot – this must not – be the measure of our children’s success in life or our success as parents.

What are the character traits that make a person truly successful? Kindness, respect, integrity, service to others, curiosity, compassion, understanding, a desire for excellence. There are attributes like perseverance, creativity, modesty, and gratitude.

As we focus on developing and building these attributes, we will help our children grow into people of character. And these attributes will lead them to lives that are less about status and success, and more about making a difference.

“How will you feel about your son if he doesn’t become a pilot? Will you feel that he is a failure? Will you see him as unsuccessful?”

“How will he feel about himself if you continually push him to be a pilot but he never quite gets there. Or perhaps he decides to do something else?”

The cabbie was thoughtful. “He might feel like he is a failure. Or that he has disappointed me.”

“I’m not really sure. I just really want him to be one.”

I’m glad we had this conversation when we did.

Conflict is inevitable: 10 steps to doing it right

Stormzy, Coldplay and Kanye Reached for the Light this Year. This Christmas, We Can Too

Women Make Up 47% of the Workforce but Underrepresented in Leadership 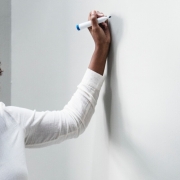 Secular Activists Make A Lot Of Assumptions About Christian Schools

The Tides of Time

Rob Kenney: How a Dad of Two Became ‘Dad’ to Millions on YouTube
0 replies

How to Measure Your Success in Life

When a Loved One is Struggling With Addiction
Scroll to top