Uplifting yet not for the faint-hearted, the new film Hotel Mumbai takes us back to the harrowing terrorist attacks in 2008 on India’s economic capital.

Across four days at least 174 were killed, and over 300 injured, as local hotspots including Mumbai’s renowned Taj Mahal Place Hotel, were targeted.

The attacks became a defining moment for the country, illuminating the divide between India’s wealthy and impoverished communities.

The Taj was famous for its luxury and appeal to politicians, business leaders, statesmen and celebrities. It was an icon of opulence and security, and by invading it the terrorists sought to disarm India’s social hierarchy.

Based on the events of that day, Hotel Mumbai brings together staff and guests who endured the terrifying assault. Wealthy new parents David and Zahra (Armie Hammer and Nazanin Boniadi), Russian businessman Vasili (Jason Isaacs) and newly promoted waiter Arjun (Dev Patel), are all hunted, bombed, and shot at as they fight to survive.

It’s a harrowing retelling of what transpired in the city, but filmmaker Anthony Maras was compelled to bring the story to the screen.

Recalling his initial reaction to the attacks in 2008 Maras said, “Obviously I was heartbroken over the violence and loss of life… [But] when I watched interviews with survivors, an entirely new dimension of these events opened up for me.”

The Miracle That So Many Survived

So grand was the Taj, no one thought it could be a place of danger. Crowds instinctively flocking to it for protection, unaware of the war zone it would become.

Maras said, “There were over ﬁve hundred people caught up in the Taj Hotel siege. That all but 32 survived is a near miracle. Of the fatalities, half were staﬀ members who had remained to protect their guests…”

“Taj kitchen workers,” said Maras, “stuﬀed baking trays under their shirts [as] makeshift bulletproof vests, shielding patrons from machine-gun ﬁre. Guests lowered fellow travellers out of windows using ropes made of knotted bed sheets. Some Taj staﬀ members led others through hidden corridors to safety outside, only to re-enter the hotel and look for more people to save.”

The accounts of heroism and shared humanity in Hotel Mumbai are inspiring, offering some valuable social insight.

During the making of the movie, Maras spent time with The Taj’s chief chef Hemant Oberoi (Anupam Khe). Having cooked for Brad Pitt and Angeline Jolie, along with Barack Obama and Princess Diana, Oberoi was present during the attacks, and made key decisions to save hundreds of lives.

Oberoi also initiated one of the most profound acts of defiance after the siege: re-opening one of the restaurants inside the bombed out hotel.

“The signal was strong and clear,” said Maras. “They were saying, ‘We will not be cowed. We refuse to live in fear. We refuse to mistrust others diﬀerent from ourselves. Arm in arm, we will strive on forward together.’”

Chef Oberoi explained to Maras that many of the staff came from impoverished backgrounds, and that working at The Taj wasn’t just a job.

“It was the promise of a better life and an intense source of pride,” said Maras. “[It was the opportunity] to be part of something that represented the greatness India is capable of.”

As hotel staff believed ‘the guest is god’, those that fought were resolute in defending them, and unwavering in their determination to stay to the end.

It’s a confronting realisation. Especially when guests voice their uneasiness with staffs’ beards and turbans, and hearing phone calls (to family) in a foreign language. The assumptions we carry about race and religious belief were profoundly present in times of crisis.

Dinner guests who witnessed each other’s questionable etiquette and racial commentary, were reliant on each other to survive. Those seen as weak took the lead, and the strongest crumbled.

Hotel Mumbai has realistic violence and isn’t for the faint-hearted, but provides an uplifting true story of tenacious courage, and a worthwhile reminder that first impressions shouldn’t be set in stone. 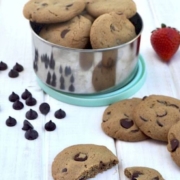 Can Superheros Help Our Real World?

What We Learn About Hearing God from a Valentine

How Housebound Families Can Stay Sane

How to Maximise Your Tax Refund 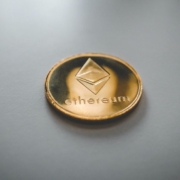 How to Get Your Kids Ready for Schoolies Week

Going on Mission – Find Your Life Calling While Helping Others Pursue The...
Scroll to top