When Sydney-local Bella Taylor-Smith appeared on The Voice in August last year she blew both the judges and audience away with her skill.

Going on to win the series, Bella’s renditions of Never Enough, The Prayer and Ava Maria showcased her clear vocal talent.

Getting to that stage however, and showing her gift to the country, was about far more than taking part in a singing competition. For Bella, it was an empowering pushback against the naysayers of her youth.

Finding joy in music early on in life, it wasn’t until Bella started going to church that, as she said on The Voice, she realised why she could sing and what she was going to do with it.

“I was just so intrigued by the freedom and the joy that music brought in church,” Bella said.

“It was something that attracted me to faith, [seeing] that there was no ego in it.” 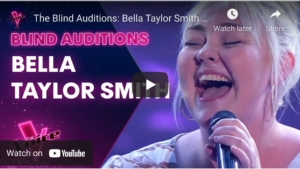 For the next few years Bella dedicated her life to using her voice in the context of ministry – an arena that she loves. For the most part, it was a supportive environment but Bella also encountered an attitude that discouraged her singing outside of it.

“Being a part of church and ministry, it can feel sometimes as if it’s negative to celebrate our personal development in our career, and that’s really sad that happens sometimes,” Bella said.

While “people are people” and she didn’t feel like they were trying to be malicious, Bella “definitely faced some hurt in my younger years not knowing whether my expression of my gift was appropriate or not”.

Now she’s found her footing Bella said, “I’m grateful I had some really awesome examples of people who have really pursued their professional careers [and it not be] at the detriment of their relationship with their community or their church.”

“I now feel like I’m comfortable enough and secure enough in myself to help other people who are feeling a little bit that way.”

During her time on The Voice, Bella opened up about the personal trauma her family had gone through during the past year. Her dad serving a jail sentence that meant he watched her win from prison, and supported her via letters that she showed to coach and mentor Guy Sebastian.

“It’s important to realise that everyone has their stuff,” Bella said, on why she chose to be so vulnerable.

“Whatever it looks like, we all go through challenges that can be really difficult. For me, it was a huge victory to be able to stand on the other side of all of those things – knowing that they’re still present issues in my life and are challenging – but that I can prioritise my future and the future of my family.

“I can set aside those challenges for a moment and pursue something greater.”

As she bunkers down on the Central Coast to write and record for the release of her first album, Bella said ministry will always be part of her music, but the definition of that will be broader.

“For me, as long as I provide, and my music provides, a safe place for people to encounter their own emotions and feel, and think, and process then I feel like I’m achieving what I want to.” 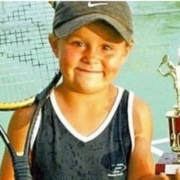 3 Reasons to Buy Coffee for Strangers

Are Angels Real? These Stories Will Get You Wondering

Why Trusted Brands Outlast Their Competition
Scroll to top