Blog - Latest News
You are here: Home1 / Articles2 / Millennials and the Quest for the Great Australian Dream

Breaking into the housing market is a hot topic amongst today’s younger generations with many bemoaning the skyrocketing house prices, rising cost of living and low wage growth. So is Generation Y better or worse off than their parents’ generation?

Gen Y, Gen Z are staying at home longer and so will the next generation, Gen Alpha

The proportion of young adults, or ‘kidults’ living at home in their 20s is on the rise, in part attributed to the rising cost of living. Whether young people today rent or own their home with a mortgage, moving out of home can be a costly experience.

Australia’s rising cost of living combined with the fact that younger generations today are also investing more in education is further delaying the ‘moving-out-of-home’ life marker. Master’s degrees are now the new bachelor’s degrees as the number of people with postgraduate degrees increased by 46% in five years, from 631,121 in 2011 to 921,029 in 2016[vii].

It is predicted that the next generation, Gen Alpha (born since 2010) will follow in their footsteps, with many of them likely to be still living at home well into their late 20s.

Delaying the life markers of getting married and having children

Just as the 20-somethings are delaying moving out of home, they are also delaying other traditional life markers like getting married and having children. The median age of first marriage for a woman today is 29.2 and for a man is 30.7.

Parents of young adults today were having children in their late 20s, while the median age of parents today is 31.4 for a female and 33.5 for a male.

The delaying of these traditional life markers like moving out of home, getting married and having children are all in response to changing family structures and life stages in Australia. Younger generations today are responding to the new realities of home ownership, the rising cost of living and greater education attainment.

“Many twentysomethings fear that with the rising house to earnings ratio, the great Australian dream of home ownership will ever remain just a dream. Young people are starting their earnings years later than their parents as they study longer, and when they do begin their earnings years, they’re starting not at zero, but in debt- with degrees and their parents to pay back. However, they have an earning capacity beyond what their parents experienced, will live and work longer, and with a boost from parents, many will eventually become homeowners.” – Mark McCrindle

The net wealth of baby boomers between the age of 55 to 64 is 4.2 times their Gen Y children aged 25 to 34. But there is some hope for the emerging generations who have stagnated in wealth and have been priced out of property.

Boomers are the generation who are best off financially, having more than double the share in the nation’s private wealth compared to their population size. The economic footprint of Baby Boomers remains larger than their demographic footprint, accounting for just 12% of the population, while their household wealth accounts for 27%.

By comparison, Gen Y’s economic footprint is just half that of their demographic footprint (7% cf. 15%).

The households of Boomers (aged 60+) currently own a combined $4.5 trillion. Over the next two decades, while some in this age group will still be increasing their net worth, others will be spending theirs down. It is estimated that over these next two decade, at least $3 trillion of this, much of it in property, will be passed on to their children. Therefore, the decades ahead will see the biggest inter-generational wealth transfer in Australia’s history and many of the younger generations will be the main beneficiaries[viii].

4 Spy Games for the Kids

The Atheist Who Wants More Churches In Australia

Why You Should Think Before You Comment on Social Media 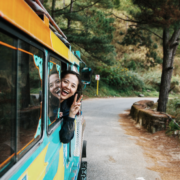 A Hero In Media—Guia’s Story