Blog - Latest News
You are here: Home1 / At Work2 / Why Open-Plan Offices Aren't Working – and What to Do About...

Recent decades have seen scores of offices embrace an open-plan format – as many as 70% of all workplaces.

The rationale for doing away with doors and walls was clear: by bringing down the barriers that divided us, greater collaboration, communication and cohesion would result. In addition, a more flexible and fluid office layout would suit an increasingly mobile and transient workplace.

Or so we thought.

Although designed to increase collaboration, there is little evidence to show this is actually occurring. In contrast, a study tracking over 40,000 employees found that the open-plan format had done little to increase meaningful interaction.

53% of office workers today report that noise levels in an open-plan format significantly impact on their capacity to focus and be productive.

According to wide-scale research examining the impact of workplace distraction, the average open-plan office worker today is interrupted every 3 minutes leading to a productivity-cost of $1 billion per year for the average 50,000-employee company.

Despite these drawbacks, the reality is that offices are unlikely to return to their old format any time soon. The simple economics would make such a move very hard to sell. Further still, the nature of workplaces and work has so fundamentally shifted that the door-and-wall formats of old would no longer make sense.

While many organisations are recognising that a hybrid model of open-plan and dedicated-space offices is a good solution, here are 5 keys to focusing and flourishing in even the most distracting open-plan workplace:

1. Get out of the office when working on focused tasks

If there are specific projects that require concentrated attention, try getting away from your desk and out of the office to a ‘third space’. A local cafe is often the best port of call. Find a space that is comfortable and conducive to focus and switch off as many distractions as possible (email, phone, social media). Make a deal with yourself that your won’t return to the office till the task is completed.

2. Be proactive in avoiding distraction

Try to set clear boundaries and expectations with colleagues so they know when you are able to be interrupted and when you need to be left alone. A clever proactive technique I came across recently was a Google Chrome PlugIn call Nope. Once installed, Nope shows as a button in your web browser that you can click if you see an distracting conversation about to unfold. Nope will call your mobile phone giving you the ideal ‘out’ due to the need to urgently answer the fake phone call. Sneaky but effective!

3. Control the soundtrack to your day

For many people in open-plan offices, listening to music during the day is a great way to minimise distraction. Rather than overhearing every conversation around you, your earphones give you ability to somewhat control your environment. Better still, having earphones in your ears may cause colleagues to think twice before interrupting you.

Alternatively, try ‘batching’ your email so you only check your inbox 4 times a day for 20 minutes at a time. Some of the most productive people I know have done this for years and it works wonders for their productivity.

5. Get good at saying no

While many of us struggle to politely decline a request for help/involvement/input, there is no other word that is more important in achieving focus than the word ‘no’. Steve Jobs famously noted that “focus is not the ability to say yes to the one, it’s saying no to the hundred good things in front of you.”

What do you need to start saying no to in the workplace in order to avoid distraction? Is it committees that aren’t a strategic use of your time? Is it meetings that don’t have a purpose or end time? Or is it something as simple as avoiding the idle conversation with a colleague who loves to drop by your desk repeatedly.

While saying no can be difficult and needs to be done tactfully, it’s hard to understate how important it can be.

About the Author: Michael McQueen is an award-winning speaker, social researcher and best-selling author. 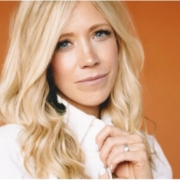 Are We Over-scheduling Our Kids?

School Chaplaincy To Be Axed in ACT, Fear Other States Will Follow

Teaching Our Kids to Be Thankful in Everything

The George Floyd “Apocalypse”: What His Death Reveals About Our Western World

How to Live Your Dream

A Conversation About Mental Health with Libby Trickett

Why Your Room Needs a New Red Chair
Scroll to top