In what may not come as a surprise, COVID-19 tops the worry list of young Australians.

In its Youth Survey Report 2021, Mission Australia revealed that Australians aged 15 to 19 are most concerned about the pandemic and climate change.

More than 20,000 young people were surveyed for the report between April and August.

The key issues concerning young Australians are COVID-19, the environment, and equity and discrimination.

Mission Australia’s CEO James Toomey said that the survey responses came at a time when the pandemic (and its associated lockdowns and governmental responses), climate change campaigns, and the Black Lives Matter movement were all attracting prominent coverage in the media.

The survey marks the first time that the pandemic was the most important issue for young people.

The survey marks the first time that the pandemic was the most important issue for young people. The report found that 45.7 per cent of young people said it was an issue Australia must address. In 2020, it came in at second place.

According to Mission Australia, the survey revealed that the pandemic had a “negative effect” on young people’s health, wellbeing and education in 2021.

“Without the right supports and policy settings in place, there is a real concern the pandemic will have long-term impacts on our young people,” Mr Toomey said.

On the wellbeing front, the survey revealed that more than 40 per cent of young people were extremely or very concerned about mental health.

Further, nearly 45 per cent of young people said they felt stressed either “all of the time or most of the time”.

Mr Toomey emphasised that in light of those figures, there must be measures of support in place.

“We know that more must be done to ensure young people have ample opportunities to access education, employment and services when they need them,” Mr Toomey said.

“Regardless of a young person’s background, location or experience, access to appropriate support at the right time can be life changing.”

“Regardless of a young person’s background, location or experience, access to appropriate support at the right time can be life changing,” – Mission Australia’s CEO James Toomey

A whopping 70 per cent of gender diverse youth felt there were “barriers to achieving their study or work goals,” according to the Mission Australia report.

And higher proportions of gender diverse young people identified concerns of mental health, discrimination, lack of family support and lack of school support as barriers to achieving their goals.

Thirty-eight per cent of young people said the environment is a key Australian issue and one quarter are “extremely or very concerned” about climate change.

“No doubt concerns about the lack of action on climate change in Australia during the past several years has affected the mental health of young people,” Mr Toomey said.

More than one third of young people identified equity and discrimination as an important national issue.

“Gender and racial discrimination very much exist in our country in the eyes and through the experiences of young people,” Mr Toomey said.

“Our Youth Survey tells us that young people in Australia want it brought out of the shadows and into the light.”

In an alarming result, 77 per cent of young people said they were engaging in more than five hours of screen time per day.

On a positive note, and despite the concerns about the pandemic, the report revealed that more than half of young people are “very happy/happy” with their lives and “very positive/positive” about the future.

“Our Youth Survey 2021 reveals cause for optimism in many respects, and that many young people are doing well while taking on 2021’s challenges,” Mr Toomey said.

Still, there is work to be done for our youth.

“Listening to and acting on these crucial insights has always been vital and is now more pressing than ever as we round out our second year of COVID-19 pandemic challenges,” Mr Toomey said.

Banjo Paterson’s Role as an ANZAC: One of the Least Known Parts of His Life 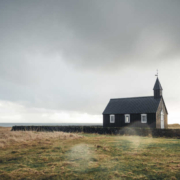 God “Told” Him to Quit his Job and He went Bankrupt: Why You Need the Church to Hear God’s voice

Don’t Give in to Social Pressure to Drink and Drive This Holiday Season, Says Road Safety CEO

‘Maleficent: Mistress of Evil’ is Less Evil Than it Sounds and Looks 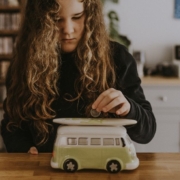 “Teach Them Early”: An Expert’s Guide to Kids and Money

Needtobreathe’s Josh Lovelace Has Redefined Success and It’s Not More A...
Scroll to top