Blog - Latest News
You are here: Home1 / Articles2 / The Artist Spotlight With ‘We Are Messengers’

In this interview lead vocalist Darren Mulligan joins The Artist Spotlight to chat about We Are Messengers’ new album, Power and the success of their song ‘Maybe It’s Okay’.

“The acclaimed Irish American band We Are Messengers are a rag tag group of friends consisting of Darren Mulligan (lead vocals), Kyle Williams (guitar), Drew Kerxton (drums) and Raul Aguilar (bass) who still believe that it’s possible to change the world. The band identify with the hurting, the outsider and the underdog, and offer songs like an olive branch to society’s marginalized. They have captivated audiences across the world with a live show that is as gritty and rowdy as it is tender and connective. We Are Messengers’ blue-collar work ethic and unfiltered honesty are front and center on Power – an album worthy of its name”. – We Are Messengers Bio

Listen: The Artist Spotlight with Darren Mulligan from We Are Messengers

Were you surprised by the huge reaction of the title track of your new album ‘Power’?

This record was very different from us. Most records you hire an outside producer, external writers and you give a lot of control to them and the record label. But with this record we asked the label if we could write most of it. Could we record it from the road? Could we produce the record ourselves? And that’s what we’ve done. Every single song on this record is self-produced. It was a risky album because we wanted to write the kind of album we always wanted to make and listen to. So Power was a very big jump from the last record, sonically and even thematically. I was really excited when I saw it taking over, especially down under. You guys, honestly have really taken that song to your hearts and it’s made a huge difference for us across the world. And seeing how much you people have loved it. Love you guys and love that you seem to understand us musically and lyrically.

Your most successful release to date has been ‘Maybe It’s Ok’. Can you explain this success?

I thinks it’s just that idea that we spoke about, about being the common man. That song is a song about mental health. It’s about trying to reduce the stigma around people that suffer with mental health issues like depression and anxiety and suicidality. I think that song really tapped into the consciousness of people around the world who have really felt isolated perhaps in the church or even outside of the church.

And felt like they’ve been marginalised because they have, quite often what is a medical condition. So people have latched onto it and it has allowed them to tell their story and to find freedom through that. To find the medical help and counselling they need. And just to find hope in God and through the honesty and vulnerability. So people have made that their song as much as we made it ours.

Am I Crazy to Say God Speaks to Me? 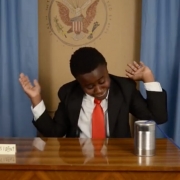 6 Tips on How to Disagree Respectfully

Rend Collective’s Chris Llewellyn on Worshipping in a Crisis