Blog - Latest News
You are here: Home1 / Articles2 / The Chains of the Past

The chains of the past can be the hardest chains to break.

In the fourth chapter of the book of Daniel, you find the dramatic story of King Nebuchadnezzar of Babylon, who persistently refuses to abandon his pride and acknowledge the true God of heaven. As a result, God sends him a dream in which he sees himself as a mighty tree. Then a messenger from heaven announces that the tree is to be cut down, and the stump bound with irons of iron and bronze.

The iron and bronze that bound Nebuchadnezzar represented his past, his culture, and his traditions, that all stopped him from acknowledging God. There are many people today who are bound with chains or iron and bronze in a very similar way. They are bound by the chains of the past. The Bible refers to

in darkness, in utter darkness, prisoners suffering in iron chains…

There are many people who know that there are issues from their past that are profoundly holding them back in their lives. There are probably even more people for whom that is a reality, but who aren’t aware of it.

A person from the Bible who had to deal with the chains of the past was Moses. He had been adopted out at a young age, and his family circumstances were very dysfunctional. He lived in two separate worlds: the royal family in the palace in Egypt and the despised Hebrew slaves. Moses’ identity would have been constantly questioned and in flux. All of this had culminated in Moses’ murder of an Egyptian, and his flight and exile to the wilderness. And now he had been herding sheep for forty years. That was when the Lord appeared to him.

Although Moses had made a new life for himself in the wilderness, he had a lot of chains from the past: chains of guilt, and chains of loss and frustrated ambition. So now, when the Lord asks him to return to Egypt and free his people, Moses has a long list of excuses.

Moses presents his excuses to the Lord one after another, and the Lord patiently responds to each one. Moses says, “I am a nobody. Why send me?” Then he says, “The children of Israel have been in slavery for so long that they don’t know who you are any more.” Then Moses says, “They won’t believe me,” and finally he says, “I’m no good at speaking.”

The chains of the past can be broken by the power of Jesus.

What are the excuses that you make to God and to others, because you are bound in the “iron and bronze” chains of your past? For every excuse that Moses gave him, God had an answer.

But, as anyone who has been deeply wounded can tell you, that doesn’t mean that it’s easy to escape from the chains of your past; not at all! It really isn’t someone you can do yourself. It requires for the healing grace of God to work slowly but surely, powerfully but methodically, deep within your soul.

The healing that God works in our lives is like when Jesus healed a blind mean. He could have done it right away, but he didn’t. After the first stage of healing, the man said,

I see people; they look like trees walking around (Mark 8:24)

It was only after Jesus touched him again, he was fully healed and was able to see clearly.

Why does Jesus work in this way in our lives? There may be many reasons that we cannot understand, but perhaps one of them is that he doesn’t only want our healing, but our growth through the process.

If we go back to the story of King Nebuchadnezzar in Daniel chapter 4, we see that for a time he literally went mad. It seemed that the chains that bound him to the past could never be broken. However, at the end, we see him healed and restored. In his right mind, Nebuchadnezzar acknowledges and praises the God of heaven.

In his story, we should see our own. It may take time. You may need external help and support from caring professionals. But the chains that bind you to your past can be broken by the power of Jesus.

About the Author: Dr Eli Gonzalez is the Senior Pastor of Good News Unlimited and the presenter of the Unlimited radio spots, and The Big Question. Sign up to his free online course called Becoming a Follower of Jesus to learn about Jesus and His message.

How To Stop Yelling 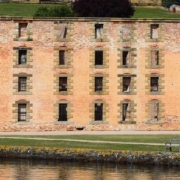 Success at School: IQ vs Personality

The Silver Lining of COVID-19 – Fewer Colds and Flus 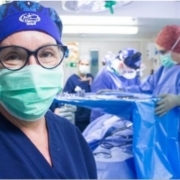 The Nurse Who Found Hope By Living on a Surgery Ship

Around the World on 50 Bucks: The Amazing Global, Spiritual Journey of Christopher Schacht
Bring Your Grief to Your Workday! (Actually Please Don’t)