Blog - Latest News
You are here: Home1 / Articles2 / The Day the Queen Met the King

The Queen has met the King.

The Queen, who had so often heard the term “Your Majesty” spoken to her, would have spoken them to someone else. The one true King.

I was away from home travelling interstate the day Queen Elizabeth II died, and I woke to some messages from friends in the UK that simply said “Big news out of the UK today”.

I scrambled around my phone and saw a message from my daughter who adores the Queen, and has constantly been worried that the Queen will die soon and it simply read:

“I’m so worried. The Queen is really sick.”

And it felt not quite right to be 3500km away from my daughter when someone we have never met, but who has cast such a presence over the lives of so many for so long, is gone.

But gone to be with the King.

In ancient times Queens were laid to rest next to their Kings, but this Queen had no small “k” king. Phillip could not assume a title that would have placed him above her in a titular sense.

But as she so often spoke about, her true King was Jesus.

The Queen really will be the last British monarch who is, “the defender of the faith”. While the rest of her family, the nation, and even the leaders of the church of which she was the head, set about redefining, destroying or discarding it, she was stoic in defending it.

But not merely stoic. Joyous. There was a deep personal piety and relationship with the Lord Jesus that was clear from the Queen, even as such a faith grew increasingly embarrassing for the secular British people. They had long sloughed off the faith of the Queen.

There has been an almost gleeful collapse of commonly held Christian faith in the UK over the past decades. Not that everyone was Christian, but that they somehow knew the ropes and levers and pulleys that kept this thing together.

No more. The buffoonery and hatred, the mocking and shocking behaviour of that country’s political leaders over the past decade is a more accurate indicator of what people – not just in the UK, but increasingly around the West, – are like. Indeed her own family, and its breakdown, strife and general moral dissolution seemed to reflect the nation.

We elect the leaders we deserve. And we elect the leaders who reflect us. The loathing we have of them is actually just self-loathing. We see us in them. And the increasingly toxic electoral cycles in the West is both a reflection of, a harbinger to, a deeper, wider toxicity.

But we did not elect the Queen. And she would not have elected herself either. In fact it was a role she was reluctant to take on, given the line of ascension’s sudden twist in her direction. But she did it with aplomb in some of the most difficult of decades for both the nation and herself.

When Diana died the reaction was maudlin. Weeping and wailing and gnashing of teeth. As if to prove to ourselves we were so grief-stricken that we could not bear it. Of course she was young and beautiful and cut off in her prime.

The sorrow with the death of the Queen will run deep. And therefore “still”. Sombre and reflective. A time has passed. A way of living life and dealing with problems has past. And in this most undignified of social media eras, in which the bare exposure of one’s inner life has become the norm, a pointer to how to live a dignified life has passed.

Ecclesiastes – in the Wisdom Literature of the Bible says this:

The world was at the house of feasting for the Queen earlier this year with her Jubilee. And it was all bunting and bonhomie. Not a time of reflection at all. A great big party.

And now the house of mourning. Will we take it to heart?

We need to. For today the Queen met the King and uttered those words she has never uttered to another “Your Majesty”.

One day we will too. I hope we are ready for it.

Article supplied with thanks to Stephen McAlpine

About the Author: Stephen has been reading, writing and reflecting ever since he can remember. He is the lead pastor of Providence Church Midland, and in his writing dabbles in a number of fields, notably theology and culture. Stephen and his family live in Perth’s eastern suburbs, where his wife Jill runs a clinical psychology practice. 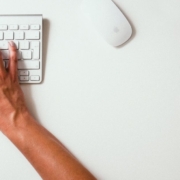 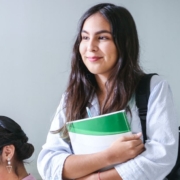 The True Story of a Fearless Woman Whose Work Has Saved Thousands of Lives: Saint Judy [Movie Review]

The 2nd Day of Christmas: Add a Pinch of Joy

How Driverless Cars Will Steer Us Off the Beaten Track 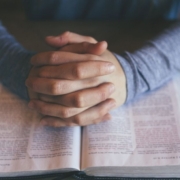 Are You Confused About Religious Freedom in Australia? These 3 Short Videos Will Help 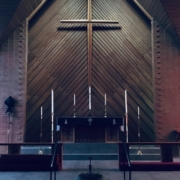 Let’s Be Collaborators, Not Competitors!
Will You Take the Challenge to Have 5 Spiritual Conversations This Month?

Why Do We Make Our Kids Do Weekend Sports?
Scroll to top