Blog - Latest News
You are here: Home1 / Articles2 / Why Every Leader Should Be Aware of the Herd Instinct

The human being is a tribal creature. We operate as a ‘we’ far more reliably than we operate as an ‘I’, and our compulsion for conformity is consistently stronger than our impulse towards individuality.

This revelation has been key to the last century of psychological findings, and offers vital insight to the social and trends of our day – and how we might influence them.

Intuitively, we all know we operate as a group. Anyone who has been caught up in the energy of a sports match or immersed in the atmosphere of a concert has witnessed firsthand the striking power of the herd. The group’s influence on the individual has been proved over and over in psychological studies, often to rather comical effects.

One such study was conducted by researchers at Cornell University and was set in an optometrist’s waiting room. An unsuspecting woman took a seat and began flicking through a magazine, totally unaware that the other ‘patients’ in the waiting room were actors.

Out of nowhere, there was an audible beeping sound. Everyone in the room immediately stood to their feet for a moment and then resumed their places sitting down. This happened once more, and again, until after the third beep and standing up/down cycle, the bemused woman joined her compatriots in standing to her feet when the beep sounded. In the coming minutes, each of the other waiting ‘patients’ were called in to their appointments. All the while, the beeping and standing routine continued.

Eventually, the woman was left alone in the waiting room and, amazingly, continued to stand each time the beep occurred. Gradually, new patients entered the waiting room – genuine patients and not actors – and they in turn slowly began complying with the standing routine every time the beep sounded. When one of the new entrants enquired as to why they were standing up, the woman responded, “everyone else was doing it so I thought I was supposed to.”[1]

The Compulsion to Conform

This overwhelming conformity compulsion is not only revealed in such comical settings but plays out consistently in social and political contexts as well. A recent study invited participants to specify what they thought the most important problem facing society was. There were five alternatives offered: economic recession, educational facilities, subversive activities, mental health, and crime and corruption. When surveyed individually, just 12% of people said ‘subversive activities’ were the number one challenge. However, when people were informed that this had been the most common answer given amongst other individuals, 48% of respondents went with the perceived consensus vote.[2]

The human being’s herd instinct is one of the most reliable things about us. While this can manifest in ways both funny and frightening, it is essential knowledge for anyone in positions of influence as something that can be harnessed for the purposes of persuasion. One way the herd instinct can be both established and harnessed is by means of synchronicity.

There is something uniquely powerful and persuasive about acting in unison with others. Numerous studies have shown that by synchronising our actions or behaviour in a group setting, we begin to see ourselves as being more similar to those we were in unison with. More significantly, we begin to evaluate the individuals in our synchronous group more positively too.

Decades of research shows that when our gestures and body movements begin to match those of another, we actually begin to feel the same emotions as that person and a powerful form of affinity develops.

Duke University’s Tanya Chartrand is a social psychologist who specialises in the area of non-conscious influence and is famous for her research examining the role of physicality in building empathy.

We Instinctively Copy One Another

In one of Chartrand’s more noteworthy studies, she paired up unwitting research participants with a ‘confederate’ (someone helping to facilitate the research by pretending to take part as a genuine participant). During a conversation exchange, the confederate was instructed to deliberately engage in a range of gestures and movements in a planned way. Some smiled excessively, others jiggled their foot and others still repeatedly touched their face throughout the conversation.

Chartrand and her team monitored the conversations closely and quickly found that many of the research subjects began to unconsciously copy the movements of their partner – 20% copied the face touching and almost half mimicked the behaviour of foot jiggling.

Curious to see how this imitation instinct shaped perceptions of the conversation, Chartrand reversed the process with a new set of subjects. This time, half of the confederates deliberately copied the movements of their counterpart while the other half did not. At the end of the conversation, the subjects were quizzed about their conversation partner and those who had been speaking with a confederate who unconsciously mimicked them were rated as significantly more likable.[3]

According to Columbia Business School’s Adam Galinsky, this ‘chameleon effect’ is not to be underestimated as a tool of influence and affinity. As Galinsky explains, this goes to our very roots as a species. Our inherently tribal instincts cause us to gravitate towards those who look and act like us. Historically, these subtle belonging cues allowed us to know who was from our group and was therefore both trustworthy and safe. However, as society has become more interconnected, diverse and complex, our brains have struggled to identify the familiarity cues that indicate trustworthiness. And so, we rely on unconscious signals of being “in synch with other people” by seeking out matches in behavioural patterns.

Galinsky concludes that “Synching our mannerisms and vocal patterns to someone else so that we both understand and can be understood is fundamental to attunement.”[4]

It goes without saying that using physicality to build affinity must be done sensitively and with discernment. As the process of imitation is deeply linked to trust, any hint that these approaches are being used to manipulate will be perceived, rightly, as a betrayal of trust. Irreparable damage will be done and affinity will be lost in an instant. However, when physicality is used well and in good faith, it is a powerful way to build rapport, trust and the permission to persuade.

The effective leader knows the secret of the herd instinct, and more importantly knows how to harness it. Establishing synchronicity with those within your sphere of influence will create a sense of the herd, even where one may not organically exist. Used with wisdom, synchronicity can be a powerful tool of persuasion, harnessing our inherent herd instinct. 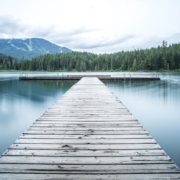 The Practice of Resting In God’s Peace 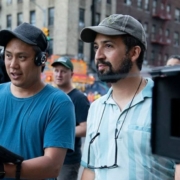 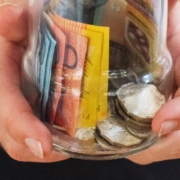 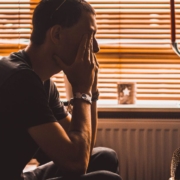 A Familiar Story for the Eternal Problem of Suffering

Christianity is Global, Only Because Regular People Have Said ‘Yes’ to God

Set Your Boundaries
Scroll to top