Blog - Latest News
You are here: Home1 / Articles2 / Why the Wife of Mao’s Last Dancer Had to Walk Away From Ballet

Mao’s Last Dancer tells the story of impoverished village boy Li Cunxin living in Mao Zedong’s China, who grows up to become one of the world’s most celebrated ballerinas.

It is a story that’s familiar to many Australians. First, it was a bestselling book – winning Australian Book of the Year in 2003 – then Bruce Beresford made it into a hit movie. But both the book and the movie only told half the story.

What many people don’t know is that Li’s Australian wife, Mary Li, was also an accomplished international ballerina, who performed in London, New York, Hong Kong and at the Sydney Opera House.

Like Li, Mary came from humble beginnings, growing up as one of eight children in Rockhampton in Queensland. A friend’s mother offered to take her to ballet when she was eight years old.

“And because my mother had eight children, she was very relieved if anyone was taken anywhere,” Mary said.

Mary loved ballet from the start, but didn’t get serious about it until she was 14.

“Then she called my parents in when I was about 15 and said, ‘Can you save some money?  I’d like it if she can get into the Royal Ballet School, she should go.’ And luckily my parents thought, ‘Even if she doesn’t make it, it will be a great education for her’,” she said.

Mary did study at the Royal Ballet School in London and it was the turning point in her career. A highlight was dancing with Rudolf Nureyev at the London Festival Ballet. While in London, she met her future husband for the first time, but on that occasion, it was far from romantic.

“They had come to perform in London and I snuck across town in a cab and went to see the Houston Ballet. Li saw me in the audience and came and sat down and chatted to me, but I was trying to be incognito – not have anybody know I was there – so he said I was terribly rude and ignored him. A year and a half later, I went to Houston and he was my partner and that was amazing and that chemistry then transferred into real life. And there you have another adventure, which I didn’t expect. You never know what life has in store for you.”

Li and Mary married, and the couple became darlings of the dance world. Mary even made a successful return to ballet after the birth of her first child, touring to Asia and Australia with her young family.

But suddenly, at the height of her career, Mary disappeared from the stage.

Now she is sharing her story, explaining why she had to quit ballet for the sake of her young daughter.

A story of passion, dedication and the sacrifice a mother will make for her child, Mary’s Last Dance – The Untold Story of the Wife of Mao’s Last Dancer is available now.

Getting Into the Zone When Working from Home

The Comey Rule – Is Telling the Truth Manipulative? [Review]

Could A Christian Vote For Trump In Good Conscience? 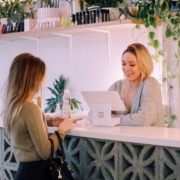 Business Advice: Is Your Last Impression As Good As Your First?

Maintaining a Forgiving Spirit While Ministering to the Broken

The Right Coloured Ashtrays for Church
Scroll to top