A couple of weeks ago Hillsong United dropped a surprise live album The People Tour: Live From Madison Square Garden with a live concert video available on Amazon Prime Video. We caught up with worship leader and guitarist Jad Gillies to talk about the album release.

Tell us, why did you guys decide to release this as a surprise album?

Well, we recorded in July of 2019 so it was a long time ago, and was probably the last time that we got out and did any live events or anything like that. And through the course of last year we went through the post-production process. We didn’t quite know when to release or what to do with it, but it seemed like as good a time as any to release. This world pandemic thing doesn’t seem to be going away in a hurry, so we thought releasing something would be some good news for people.

You guys have also released footage of the concert. Watching that back, does that kind of ‘scratch an itch’ for you when it comes to the whole live music thing, or has it just made you even more keen for this whole pandemic to end, to be able to get back out on the road and into churches?

Yeah, well, I mean, the thing that gets me the most is the people. Just their response… just watching it back, just being reminded of what the response is. And when everybody comes together, you’re kind of singing together and that’s a really special thing. So what it did for me was just remind me of all these people that will come out from all different walks of life and just kind of be together for an evening, singing worship, all that kind of stuff that really kind of made me miss what it is we get to do.

Your new album The People Tour: Live From Madison Square Garden, is based on The People Tour that you guys did. It’s also a combination of some of the best songs from Hillsong United over the years as well. Are there any particular highlights for you that you remember from the concert?

Yeah, there’s quite a few. Just because, Hillsong United is not known for doing short events. We usually go for a long time. So what we’re trying to do is change it up a little bit throughout the night. And one of my favourite parts is in the middle of the night, we come down to them to right into the middle of the room and do a couple of acoustic songs. It’s one of my favourite times because you can see the crowd sing, it’s like having a massive choir. Especially in that room at Madison Square Garden in New York, they were just loud and they were ready to sing and it was amazing. Having that kind of 360 degree surround sound choir was pretty surreal.

What was it like for you guys getting to play that iconic venue?

It was a dream. I mean, even a few years ago, we were still joking about it. “One day we will play there”. But it’s such a massive iconic venue, especially in a city like New York where any given night there’s, you know, 30 or 40 mainstream artists doing some kind of show or event in the city somewhere. So there it’s just a different city. It’s not as big as some of the other venues, like, you know, Staples Centre or United Centre or any of these big basketball arenas. It’s a bit smaller, but it’s so kind of revered and iconic that it’s a dream for a lot of musicians. It’s a dream for a lot of performers even outside of the church to kind of play in a venue like that. And so for us, we were just left in a place where it was just a dream come true, really.

50-Something, Single, Childless – And Really Okay With That! Author Donna Ward

Teaching Our Kids to Be Thankful in Everything

Supporting Someone with a Mental Health Challenge

Why Are Digital Natives Finding Online Work So Unnatural? 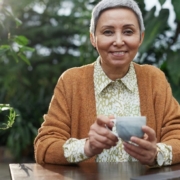 How the Emerging Economy Will Get You a Better Gig

Spread the Gospel, Not COVID-19
The Land of Dumplings and Cheese Pie: A Look into Georgian Culture with Alice...

The Paradox of Marriage
Scroll to top