James (Jim) Irwin, one of the astronauts on the Apollo 15 mission to the Moon in 1971, was a believer who had a spiritual encounter with God while on the lunar surface. It was a moment that would change the course of his life.


According to journalist Mark Ellis, at one point Irwin was having trouble setting up his equipment for one of the experiments he had to conduct on the Moon. His wife Mary explained, “[The] experiment wouldn’t erect, due to a cotter pin or something of that nature”. Irwin stopped to pray. Until then he had been a relatively nominal, half-hearted Christian – but not half-hearted enough to humble himself and ask God’s help.

After praying, “God I need your help right now”, Irwin reportedly experienced the presence of God’s spirit in a way he’d never felt before.

“The Lord showed him the solution to the problem and the experiment erected before him like a little altar,” his wife said. “He was so overwhelmed at seeing and feeling God’s presence so close… at one point he turned around and looked over his shoulder as if He was standing there.”

In a 1991 article after Irwin’s death, the New York Times reported that he would often tell church groups he “felt the power of God as I’d never felt it before” in that moment.

The Apollo 15 mission transcript (above) also shows that while Irwin was exploring the moon’s landscape with commander Dave Scott, he was reminded of “a favourite Biblical passage from Psalms.”

Speaking by radio to Mission Control in Houston, he quoted the verse: “I look unto the hills, from whence cometh my help” – before adding in good humour, “But, of course, we get quite a bit [of help] from Houston, too”.

God’s Call to a Life of Mission

Mark Ellis writes that Irwin was so impacted by his God-encounter, that after returning home he left his flying career behind to serve the Lord. His wife Mary says he made the decision while riding in a ticker tape parade through New York, and seeing the thousands of people lining the streets.

“God dropped it in his heart that he had a responsibility to mankind to share Jesus with everyone after that,” she said.

He resigned from NASA within the year, and established the “High Flight Foundation”, a missions organisation that billed itself as “goodwill ambassadors for the Prince of Peace.”

Irwin spent 20 years travelling the world preaching the gospel, and also presenting small flags he’d taken to the moon, to the leaders of nations – as a means of opening the door to share Christ.

Irwin wrote his story in the book, To Rule the Night: The Discovery Voyage of Astronaut Jim Irwin.

Four Things You Should Never Say to Someone Who is Hurting 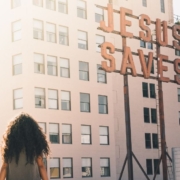 Grace Is a Free Gift, Not a Free Pass 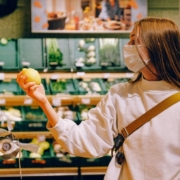 Toilet Rolls or Not, Supermarkets Won Australians’ Hearts in the Pandemic

What Is Your Appetite For Failure? 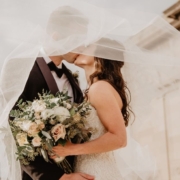 The Paradox of Marriage 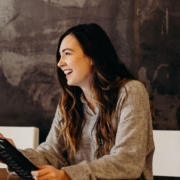 A Hero In Media—Guia’s Story
Scroll to top