Blog - Latest News
You are here: Home1 / Articles2 / Debunking the Myth of ‘Mind Over Matter’

We all like to believe we put our mind over matter. Overall, we are rational agents with free will who have control over our bodies, impulses and sensations.

However, more and more studies are emerging that prove this belief to be far from the truth.

Researchers across disciplines and cultures are showing that our bodies are far more involved in our thinking than we like to believe. Our cognitive processes are embedded in a system that involves various parts of the rest of our body, from our heart to our gut.

Despite the recent proliferation of this research, many of our standing structures already reveal our lack of rational thinking. Look no further than marketing. Marketers have been capitalising on the persuasive power of our physical instincts for decades. For example, it’s common knowledge that advertisements use colours to evoke particular emotions so that the consumer is hooked before they’ve even processed the ad. More recently, social media platforms are exploiting the brain’s proclivity to addiction by providing rapid and endless dopamine hits in the form of 10 second videos.

Our Decisions Are Influenced By Our Bodies

The research of recent years, however, provides a glimpse of just how deeply embedded our decision-making is in our physical body.

In their superb book Philosophy in the Flesh, cognitive scientists George Lakoff and Mark Johnson examine the significance of this new understanding of thought. “Reason is not disembodied, as the tradition has largely held, but arises from the nature of our brains, bodies, and bodily experiences,” according to Lakoff and Johnson.[1]

While our assumptions about reason and rationality are often seen as the defining characteristic of human beings, Lakoff and Johnson argue that this needs a radical rethink. “Our brains take their input from the rest of our bodies. What our bodies are like and how they function in the world thus structures the very concepts we can use to think. For two millennia, we have been progressively devaluing human life by underestimating the value of human bodies.”[2]

One physical dimension of our decision-making was explored in 2008 by psychologists Lawrence Williams and John Bargh. They were examining the degree to which bodily sensations influenced people’s instincts and thinking.

The Temperature of the Aircon Matters!

Looking specifically at the influence of temperature, Williams and Bargh’s study involved interactions between strangers when holding hot or cold beverages. One group clutched a cup of warm coffee during their interactions while the other group were given an ice-cold beverage to hold throughout the experiment. Immediately after meeting with and chatting to their new acquaintance, each participant was asked to describe the other individual’s personality.

More significantly, a follow up study showed that temperature influenced people’s behaviour as well as their perceptions. The researchers had two groups of people judge the quality and appeal of a range of products – the first cohort were to hold a warm heat pack during the experiment while the second were given a cold pack to hold. At the end of the experiment, the participants were told they could choose one of the items to take home as a gift to keep or to give away. When all the results were tallied, 54% of those who had been holding the heat pack chose to give their item to someone else while only 25% of those holding the cold pack did the same.[4]

In assessing the results of both studies, Williams and Bargh concluded that “Physical warmth can make us see others as warmer people, but also cause us to be warmer—more generous and trusting-as well.”[5]

In a related study led by MIT’s Joshua M. Ackerman, it was found that the tactile sensation of hard objects made people more rigid in negotiations. In one of the experiments, a buyer was asked to make a price offer in a simulated car sale negotiation. After the initial offer was rejected, the buyer was instructed to make a second offer.

Immediately after this negotiation, both parties were asked to evaluate the other individual. Interestingly, a significant difference emerged between those who were sitting on hard versus those who were seated on soft chairs. Those seated in hard chairs judged their negotiating partner as being cold and unemotional. More significantly, the buyers who had been seated in soft chairs increased their offer by close to 40 percent.

According to Ackerman and his colleagues, the presence of the hard seating did more than change the perception of the people they were negotiating with – it also changed their behaviour – it made them harder bargainers.[6]

Most of the time, the feeling of certainty we have in our opinions, our impressions of people and our decision-making is not a result of objective, rational cognitive processes. Neither is our behaviour. On the contrary, our body has usually arrived at a decision before our mind has even begun to consider it. It’s likely that following our ‘gut instincts’, ‘feeling it in our bones’, and ‘listening to our heart’ are not as fanciful and unrealistic as we may think they are.

Far from putting our mind over matter, it’s more often than not our body that makes up our mind.

The Storms We Make For Ourselves 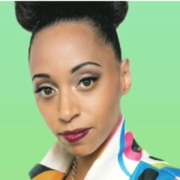 How to Set Up Home Schooling – Expert Help for Parents 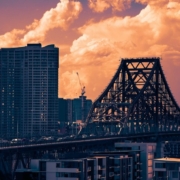 Australians on the Move

Fear is a Liar