Blog - Latest News
You are here: Home / Articles / Disney’s The Nutcracker and the Four Realms Review

Rated: PG (Would not recommend for children under 8 years old)

For me, just the word ‘Nutcracker’ evokes images of a magical world full of impossible things becoming possible. It conjures scenes of beautiful glittering trees, perfectly crafted vintage toys and the scary Mouse King through my mind.

Most predominantly it brings visions of ballerinas dancing with intense emotion & grace. I have had a love of the original The Nutcracker (Both book and ballet) almost my whole life so although Disney’s The Nutcracker and the Four Realms is NOT the original E.T.A. Hoffmann’s story, it does still maintain the key Nutcracker elements.

Inspired by the original, this film instead focuses on Clara the daughter of Marie (creator of the Four Realms) as the storyteller bringing a fresh twist to the story. Clara’s mother recently passed away and so Clara is feeling lost, alone and full of self-doubt. The annual Christmas party hosted by her godfather, Drosselmeyer, serves as her entrance into the world her mother created, a world that she had no idea existed. Thrust suddenly into leadership during a power struggle she must find herself and her confidence to know who to trust.

While still maintaining the magical feeling of Christmas the film also celebrates invention, ingenuity and the intelligence of both Clara and her mother who created the world, to begin with. If you have children (especially girls) who are interested in leadership, science and invention then it’s a great starting point for them to be inspired. But unfortunately, it stops just short of really making a big impact.

For such an impressive cast I was a little disappointed. The performances were watchable however they lacked the sparkle needed for a film this glittery. The costumes and set designs dazzled at times while being underwhelming in others. The special effects and cinematography, however, were spectacular helping to create the usual Disney magic.

A word of warning

For those who are scared of mice or clowns there are a few moments that might be terrifying! The Mouse King is a writhing, teeming collection of thousands of mice that left me with nightmares, but then I do have a “healthy” fear of mice. The scary moments are few and quick but I still wouldn’t recommend it for children under 8 years old without being able to skip past those moments!

Growing up, The Nutcracker has always been a special part of Christmas for me as I’m sure it is for many people! While this film is a fun, sweet film to watch some of the best moments for me was the original ballet woven through (stay for a performance that is truly beautiful during the credits). The Nutcracker and the Four Realms is a great Christmas movie for the older kids and a must see for those who love ballet, science and invention.

Article supplied with thanks to 98five.

My Son Won’t Talk About His Day

So Your Kids are Raucous? Don’t Stop Them! It’s Great For Their Development

Having Fun in Your Marriage 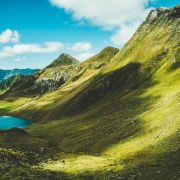 The SSM ‘Yes’ Vote One Year On
Scroll to top