Blog - Latest News
You are here: Home1 / Articles2 / How the Ultimate Dad Dads

A few weeks ago I stumbled across a new Australian podcast from funny-guy Hamish Blake.

Turns out I’m not the only one. If you haven’t heard it yet, How other Dads Dad is the hottest thing in Australian podcasts at the moment, rocketing into the number one most listened to in the country in a matter of episodes.

And it’s not hard to see why. The podcast is only three episodes in and I’m already hooked, waiting (not so patiently) for a new episode to drop each Friday. But more than that, I find myself reflecting on the wisdom I’ve heard in it over and over in the days following.

Because that is what this podcast is trying to provide – wisdom, in particular for how to be a Dad. As Hamish regularly reminds his listeners, despite his reputation, this podcast hasn’t been made for the “lols”; rather it’s to try and glean wisdom from other dads on how to parent well. Hence the title How other Dads Dad. Each episode features Hamish in conversation with a well-known Australian Dad learning how he Dads.

All of us have made mistakes with our children…and we’ve all been on the receiving end of mistakes made by our Dads.

But it’s not a podcast filled with success stories from other Dads which just leaves you feeling guilty for all your own failures. On the contrary, the Dads in question regularly speak of all the mistakes they’ve made, and what they wish they’d done differently if they could have their time over. The latest episode with journalist and author Stan Grant being a powerful example of that, as Stan confessed, “I feel in so many respects that I’ve fallen short as a father”.

Such honesty is raw but also encouraging. That’s because each episode leaves you feeling “I’m not the only one” when it comes to having made mistakes as a Dad. That as good as the best Dads are, we know we all “fall short” as Stan describes it.

Indeed “Dad issues” is a consistent storyline in many a film…and many a psychologist’s treatment room. There aren’t too many males that won’t have to wrestle at some stage in their life with the mistakes of their own father and/or their mistakes as a father. Whether that’s not providing the intimacy and affection a child desires, the harsh words we’ve spoken in anger, or the failure to be present – the absent Dad. The simple fact is we all “fall short”.

And yet one of the other reasons I love this podcast is because there are so many encouraging examples of how to Dad well. From being present, to creating family memories, to not begrudging the hard times because of what is unique and special about them.

But in the latest episode Stan Grant captured the heart of what we all desire to be in our fathering, and what we’ve loved when we have experienced it from our Dads, or grieved when we haven’t received it. “Sacrifice, that is the gold standard for a Dad. You can’t be a great father if you put yourself first”.

But where do I find the strength, and the resources to be such a sacrificial father, to not be selfish and put the interests of my family before my own?

Grant is spot on…and yet that bar is just so high. I find myself nodding along to such wisdom, hoping I might be able to be a Dad like that.

As a Christian it’s by seeking to remind myself daily of how the ultimate Dad Dads.

Throughout the Bible God is regularly described as “Father”. Indeed, in that most well-known of prayers, the Lord’s Prayer, Jesus instructs people who want to speak to God to address Him not as “Our master” or “Our ruler”, but as “Our Father”. We’re to approach the creator, and sustainer, and ruler of the universe as…Dad.

And how does this Dad Dad? Precisely in the way Grant described – by considering the interests of us His children better than Himself and sacrificing Himself for us on the cross so that we might have life forever in Him. His sacrifice was more than just a model to us of how the ultimate Dad Dads; it was the means by which we could come back to Him as His children who “fall short” not just in our parenting, but in so many other ways.

And what kind of fatherhood does He then provide having restored us as His children? The perfect loving, tender affection we might have craved from our earthly father but never received. We are adopted as his children and given all the blesses and inheritance He has given His Son Jesus Christ, the one of whom He says, “This is my Son who I love, with Him I am well pleased” (Matthew 3:17). This is now what He says of those who are His children. While it might grieve us if our earthly father has never expressed his pride in us, that loving affirmation we all crave the ultimate Dad is only too willing to give.

And so like Hamish’s podcast inspires me to be a better Dad as I see the example of others, so too does God’s example as the ultimate Dad inspire me in what perfect fatherhood looks like. And when I inevitably fall short as a Dad I make a point of pointing my kids to how the ultimate Dad Dads. Because my “great” parenting will only ever be a poor shadow of the incredible sacrificial love this Dad offers them. 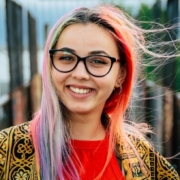 What God Thinks About You 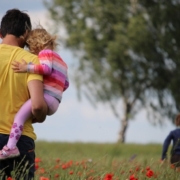 How to be a Great Dad: Tips for Fathers, Download Free Toolkit

Before He Died, Mike Willesee Revealed a Deep Spiritual Search

TV’s Jamie Malcolm and his Lifelong Connection to God

Metoo: A Hashtag Giving Women the Courage to Tell Their Story 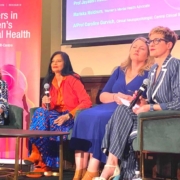 When Your Armour is Too Big
Scroll to top