Blog - Latest News
You are here: Home1 / Articles2 / The Great Australian Divide – ‘Have’ and ‘Have Not’

A new UNSW, Australian Council of Social Services (ACOSS) study highlights inequality in our society – and how to fix it. The Inequality in Australia 2018 Report highlights the stark disparities between the haves and have nots in Australia and the impact it could have on society. ACOSS CEO Cassandra Goldie shared insights from the report on Open House.

The researchers say that beyond the personal effects on individuals, vast disparities in income can erode social cohesion and undermine economic growth.

Peter Saunders, professor from the UNSW Social Policy Research Centre, and ACOSS Chief Executive Officer Dr Cassandra Goldie, launched the Inequality Report in Australia 2018 report together. The report is the first from the partnership between UNSW Sydney and ACOSS.

Peter Saunders, professor from the UNSW Social Policy Research Centre and primary investigator on the report, said the excessive gaps between the highest and lowest income earners could have negative effects on the Australian society and economy.

“When people with low incomes and wealth are left behind, they struggle to reach a socially acceptable standard and to participate in society. This causes divisions in our society,” Professor Saunders said.

Inequality is bad for economy

Professor Saunders added that the Organisation for Economic Co-operation and Development (OECD) and International Monetary Fund (IMF) have pointed out in recent years that too much inequality is also bad for the economy.

“When resources and power are concentrated in too few hands, or people are too impoverished to participate effectively in the paid workforce, or acquire the skills to do so, economic growth is diminished,” he said.

Australia one of the most unequal

ACOSS Chief Executive Officer Dr Cassandra Goldie said the report underscores Australia’s position among the most unequally wealthy nations in the world, alongside the US and UK.

“The Australian experience in recent decades shows that inequality has increased strongly in economic boom times and flattened with a slower economy and slow wage growth across the board,” she said. “We should not accept increased inequality as an inevitable by-product of growth.”

Dr Goldie and Professor Saunders said the level of inequality across Australia is a result of policy decisions and directions governments have taken in the past two decades. Professor Saunders said the impact of social policy permeates every table in the report: from the setting of social benefits, and the nature of the tax system, to the treatment of home ownership and investments.

Working to bridge the gap

Dr Goldie said inequality will rise further unless governments, business, unions and communities actively work together to change the trend.

Anne is the producer of Open House – a weekly three-hour live talkback radio show exploring life, faith and Hope from a Christian perspective.

Sometimes You Must Tell Your Heart to Beat Again

The Supernatural Power of Prayer

You Belong to the Lord

3 Keys To A Culture Of Boldness

North Korea, Egypt and Pakistan All Have a Problem—and it’s Affecting Millions 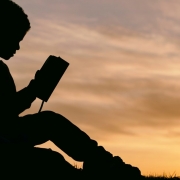