Blog - Latest News
You are here: Home1 / Articles2 / The Story of the Church is Deep and Rich, and Full of Heroes Like Thes...

I’m not much of a history buff. I find all those names and dates hard to remember, and all too frequently I get my kings, queens and villains all mixed up.

When writing The Making of Us and doing the pilgrimage the book is based on, I was invited to step into the world of seventh-century Britain. It turned out to be a transformative experience. Here are two inspiring things you can find by exploring the deep, rich story of the church.

Failing politicians. Falling church leaders. We could do with some new heroes.

Thankfully, there are many to unearth in the church’s story.

Christianity may have come to Britain as early as the third century, but didn’t really penetrate the British heart until much later. Lindisfarne Island, where we started our pilgrimage, is considered a cradle of English Christianity—the place where the Gospel first took root and spread. As DJ and I trekked our way to Durham, reading up on the churches, monasteries and regions we visited, we got to meet the great men and women responsible for this historic change. Heroic people like:

… who came to Lindisfarne as a missionary when no one else would go (his predecessor tried and failed to win a hearing with the ‘brutish’ Britons). Aidan founded Lindisfarne as a monastery to train up Christian leaders, used what little money he had to buy and free slaves, and educated poverty-stricken children. Impressive.

… a monk who was also an astronomer, mathematician and Britain’s first historian. It was Bede who gave us the concept of BC and AD, and who set the first date for Easter to be celebrated worldwide (a date still followed by the Eastern Orthodox Church today). We would know nothing of England’s earliest history without this scholar.

… who led a mixed monastery of men and women, becoming more successful than her male counterparts at training missionaries and church leaders. She was a master mentor, something I’ve written about here. And then…

… who becomes the third character in The Making of Us, walking alongside DJ and me. A man of passionate faith and astonishing miracle, Cuthbert took the Gospel to warring tribes when no one else would. A man of scripture (he loved the Gospel of John), he not only preached but cared for the poor. A hermit at heart, he left his beloved solitude for public ministry when called to. A man of the environment, Cuthbert gave us the world’s first conservation laws by protecting eider ducks and other wildlife in the region from being eaten. The very city of Durham arose from Cuthbert’s burial place. He left a profound legacy that touches us still today.

A Faith that’s Shaped our World

Now, here’s what these great heroes did: they built communities. Small groups of men and women, committed to Jesus and his vision for the world, gathered together to live, pray and work. They built monasteries made of wood and sticks, then later stone and brick, which were so revolutionary in their day they gave us many of the things we moderns cherish. Because these monasteries weren’t only places of worship, but also:

… with vast libraries on topics ranging from history to science to philosophy and more. It’s been said that such monasteries saved the great works of civilisation from being lost to the destruction of the Vikings. These libraries and study halls ultimately gave birth to the modern university.

… alongside the chapel, library and lecture hall was the inn, which provided accommodation for pilgrims and also care for the infirm. These inns became the forerunners of our modern hospitals.

… along with the chapel, library, lecture hall and inn, there was the scriptorium. This is where scribes hand-copied those classic books (including Bede’s works of history, science, biblical commentary and more, which were all popular in the day). This is where artists crafted beautiful illuminated works like The Lindisfarne Gospels, labouring with ancient tools and materials in cramped, wet conditions to give us works of art that have lasted 1300 years. Imagine churches today having not just pastors on staff but visual artists too! Revolutionary.

New heroes and heroines forming revolutionary communities that shaped the world as we know it. The story of the church really is deep and rich, and full of inspiration to help us live out our own callings today.

Article supplied with thanks to Sheridan Voysey.

About the Author: Sheridan Voysey is a writer, speaker and broadcaster on faith and spirituality. His books include Resilient, Resurrection Year, and Unseen Footprints. Get his FREE eBook Five Practices for a Resilient Life here. 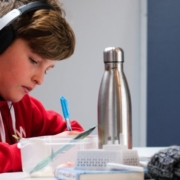 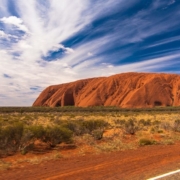 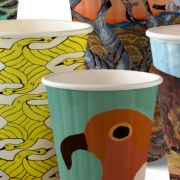