Blog - Latest News
You are here: Home1 / Articles2 / Yvonne Griese – A Cross in Time: Where Does Our Faith Come From?

There’s a lot of conflicting emotions when your own habits start to remind you of your parents’. The horror of turning into an adult like them mixes with a sense of pride in the strength of your DNA. It’s excitingly tribal and depressing all at the same time.

That aside though, what else (other than mannerisms and ‘unique’ ways to stack the dishwasher) do our parents pass down to us?

In her new novel ‘A Cross in Time’, author Yvonne Griese chronicles the lives of 3 generations of family, and their impact on the next. Drawing from her own experience raised by a Protestant mother and “street-wise” father, understanding the development of our ‘spiritual lineage’ comes into play. Yvonne looks at how our faith and religious beliefs can be a product of our upbringing as much as the colour of our hair, and how the stories of our family lines are linked.

Asked why she wanted to write the book Yvonne says, “What’s really [important] at this time in my life is the bigger picture, and perspective. I feel like we’ve lost a bit of that.”

“…For me growing up in the 50’s and 60’s post-war, we had a very big sense of sacrifice and being part of something bigger… I wanted to present something that [shows] how God works over generations.”

In her own family Yvonne’s Mum and her belief in God made Yvonne curious about Christianity, but she was never forced into one viewpoint.

“My mother was a Protestant Christian and my father was an Agnostic Catholic,” says Yvonne. “He was Labour [and] a Union boss, she was a Country Party girl – they had a lot of massive differences. But they worked it very well and there were no fights about politics or religion. I felt an openness to say what I wanted to say, and to hear what each of them believed; there was nothing dogmatic, nothing being pushed down my throat. I felt a real freedom to decide what I believed…”

“…It was really wonderful to be in an atmosphere where there’s no hatred [toward] someone who has a different belief system or a different idea.”

Championing that ability to be curious and encouraging children to understand the world in their own way, Yvonne is passionate about kids being able to explore faith early. Not only from what their parents model, but from religious education too.

“I think whatever we believe ends up being taught [to our kids],” Yvonne says. “So if we’re not teaching Christianity, we’re going to be teaching Atheism or Agnosticism or ‘Anything Goes-ism’. I think [religious education] is really important. I went to Sunday school from the time I was 3… I was taught the Bible, and had a very positive experience of church… It’s lovely for children to have a chance to believe in God even when they’re [young]. To have a chance to feel that security of [knowing] God loves me and I’ve been made special.”

Reflecting in what Yvonne thinks this generation needs to be taught especially, Yvonne says, “They have so much choice, and they’ve got everything presented to them, and it’s great to teach our children to respect that and [other beliefs], but at the same time [to] stand strong.”

Article supplied with thanks to Laura Bennett.

About the Author: Laura Bennett is a media professional, broadcaster and writer from Sydney, Australia. 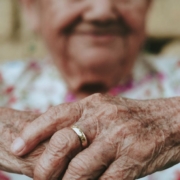 Dementia Australia Raises Awareness on The Hidden Toll of Lockdowns

Mother’s Day: The Most Important Thing a Father Can Do Is…

A Biblical Perspective on Leadership

10 Promises to Declare over Your Family 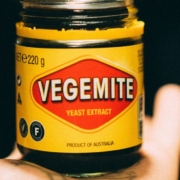 Why the World Hates Vegemite