In the aftermath of the Queensland’s Parliament decision to endorse radical abortion laws, the Christian community has been called to act with gracious compassion.

Many have responded with understandable hurt and sadness over the decision.

The scenes of MPs celebrating in Parliament only added to the distress. However, in a pastoral letter to Rosalie Baptist Church in Brisbane, Pastor Joe Khan said it was now time for God’s love to shine despite the situation.

“We need to be confident that the Gospel is a more compelling way than the way of abortion for every man and woman who faces uncertainty, pressure and despair around a pregnancy,” Pastor Khan said.

The Gospel gives dignity to all life, forgiveness for all sins, eternal hope in all situations, and a community of gracious compassion to support all people.

He said it was indeed a sad day for Queensland and people were right to grieve over the decision.

Despite the circumstances, he said we needed to remember that “our God is still in control even though it seems as if our politicians have wrestled it from Him”.

“God is still sovereign, and no human law limits Him or His saving power.”

“The Gospel gives dignity to all life, forgiveness for all sins, eternal hope in all situations, and a community of gracious compassion to support all people.

“This is the message that needs to be on our lips and in our hearts as we continue to serve our fellow Queenslanders,” Pastor Khan said.

Cherish Life to campaign against MPs

Cherish Life Queensland said it would be campaigning against the 51 MPs who voted in favour of the legislation.

The unborn need protectors now more than ever.

Among other things, the legislation allows for:

1. Abortion up to 22 weeks for any reason

2. Doctors with conscientious objection must refer for abortion and therefore be complicit in the outcome of an abortion.

3. No safeguards for women considering abortion – safeguards like independent counselling, informed consent conditions (including the risks of an abortion) plus cooling-off periods. 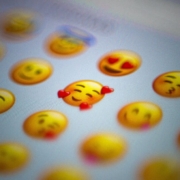 Forget What Your Customer Thinks… How do They *Feel*?

Can I Get a Busy Badge? 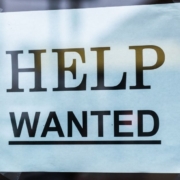 “The Great Resignation”: Why People Are Quitting Their Jobs
How to Raise Kids Who Read