Blog - Latest News
You are here: Home1 / Articles2 / How’s Your Judgement? Here’s 3 Patterns You Might Recognis...

We all consider ourselves to be fairly sound judges. When faced with problems or challenges, we tend to trust our judgements and rely on our estimations, believing that we are immune to the biases and mental manipulations that others experience.

In a world of fake news, alternative facts and ever-increasing hostility between those of differing opinions, this belief in the superiority of our judgements poses some significant threats.

There are a range of cognitive patterns which we all believe we are immune to, but regularly experience all the same. Here are 3 you might recognise:

Have you ever been looking to buy a certain car and then suddenly begun to see that exact model everywhere? Or learned a new word and then hear it in every conversation? More than just a spooky coincidence, this dynamic is incredibly common and is commonly known as the Frequency Illusion – or the Baader-Meinhof phenomenon. This phenomenon is named after a militant West German terrorist group from the 1970s. The label was coined in 1994 when a commentator happened to hear two random references to Baader-Meinhof within 24 hours having not heard the term before. He was now so aware of the group and their name that he seemed to notice it everywhere – hence the term and the phenomenon it describes.[1]

Marketers are aware of the effects of this phenomenon and so use the technique of repetition to make us familiar with products to the point where we notice them everywhere. Of course, once it seems that everyone is doing, eating, drinking or wearing the product, we assume it this cannot be the coincidence that it is. For those of us who, like many others, believe we are immune to marketing and all the cognitive biases that it depends on, it is much more likely that we are as easy a target as any.[2]

Another of our common biases is the habit of overestimating the frequency and value of our own work as compared to others. Consider a famous study that examined the nature of conflict and harmony in marriages. In the study, spouses were asked to estimate how large their personal contribution was in keeping the family home tidy – as a percentage. They were also asked to estimate their contribution in other aspects of the family, like taking out the garage and initiating social engagements. In each instance, the perceived contribution by each spouse added up to a combined score of well over 100%. Each party felt they were doing more to contribute than was actually the case.

Further investigation explained these results and uncovered a few surprises. The main reason for the overestimation was that each spouse remembered their contribution much more easily and readily than those of their partner. This is not to say that they didn’t value the other’s contribution but rather the magnitude and frequency of their own domestic and relational efforts seemed much more real to them. Curiously, this wasn’t a self-serving exercise in point scoring. In fact, each spouse overestimated their contributions to arguments in the relationship too. This dynamic extends beyond a marriages and family context too. Research indicates that the same process unfolds in work teams where each member is likely to overrate the positive and negative individual contributions they make.[3]

Beyond overestimating the frequency of our contributions, we also overestimate their value or the skill behind them. In Daniel Goleman’s classic study of leadership styles, 3,700 executives were asked to evaluate their own coaching skills. These evaluations were then compared with those made by the people who worked for them. The results didn’t align well. Twenty-four percent of the executives significantly overestimated their abilities, rating themselves as above average, while their colleagues ranked them in the bottom third of the group. That’s a telling mismatch. “If you think you’re a good coach but you actually aren’t,” the authors of the study wrote, “this data suggests you may be a good deal worse than you imagined.”[4]

More than merely overestimating our skill and capability, our in-built optimism can also cause us to place more confidence in our memory than we should. While most of us like to think that our recollections of the past are accurate, research indicates that we tend to reinterpret the past in ways that have a significant impact on how to interpret the present and predict the future.

For instance, many of us quite simply misremember the past as being better than it was and can easily fall into the trap of therefore expecting the future to be worse than it likely will be. We can easily long for days gone by when the world seemed simpler, safer and kinder without realising that those days may not have been what we remember. This nostalgic view ignores the fact that the past was a time when prosperity was lower, living standards were worse, life expectancy was shorter and prejudice was greater.[5]

Reflecting on this dynamic, Nassim Nicholas Taleb in The Black Swan describes the human tendency to create narrative fallacies where we fool ourselves by constructing flawed or inaccurate accounts of the past that we then believe to be true.[6]

In a revealing article for the Wall Street Journal, Jason Zweig highlights the human tendency to believe, after something happens, that we foresaw that it would occur. Zweig highlights the examples of the OJ Simpson trial in 1995. One week after the verdict was handed down, 58% of people surveyed said they had predicted this in advance. One year on, 68% of people said they had known prior to the judgement what the outcome would be. In actual fact, a poll taken before the judgement was handed down showed that only 48% of people predicted the outcome accurately. Zweig points to similar mis-remembering of people reflecting on their predictions of outcome of Bill Clinton’s Impeachment trial in 1999.[7]

While we tend to hold very high opinions of our own judgement, we all suffer from these all-too-common flaws and biases. Events seem more frequent, our abilities seem more valuable, and our pasts seem more rosy than the reality dictates. In a world of opinions and hostility, we would all to do well to remember that our judgements are likely just as good and just as flawed as each other’s. 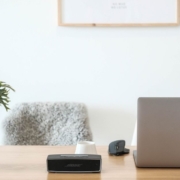 Wellbeing in the Work-From-Home Era

The Wonderful Act of Giving

What's Up with Wheat & Sugar? 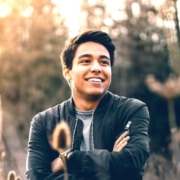 What Are You Worth? A Different View