Blog - Latest News
You are here: Home1 / Articles2 / Okay, So it’s a Secular Age – But Jesus is Still Working

I had the sweet opportunity to have a long chat with a “baby Christian” the other week at a church gathering.

Standing outside on the lawn in the warm sun, live music in the background, a long conga line waiting in the food queue beside me, I was introduced to a woman in her thirties who’d just been converted from, well, from nothing. Ongoing conversations with a friend of mine who works with her had set her heart and feet in the direction of the gospel and she met Jesus.

Always great to meet a “newbie!” Especially someone older. So I had questions. Lots of them.

Her response was classic: “Light!”

It was almost like she was describing a burden being lifted off her shoulders. Someone should write worships songs about that idea

Second up: “How has it changed your life?”

Her response: “I don’t feel like I need to prove myself to anyone anymore. I don’t need to perform for external approval.”

I mean, who’s writing this script? That’s just a classic, isn’t it?

It was a sweet moment, especially with her young family attending on the day too, something she thought would be a long time in coming. Yet here they were.

“That seemed impossible,” she observed.

“What?” I replied, “Anymore impossible than for you?“

She laughed. She got it.

God is Always At Work

Jesus is still working. Yes we call it a secular age, and it truly is, but perhaps it feels like there’s the stirrings of God doing something again in the midst of all of this turmoil and angst. It’s an anxious age, and men’s and women’s hearts may well fail them as war ramps up again, as seismic changes lurch us from left to right and from Left to Right. Who are we to discount revival?

I was in a mall yesterday during the school holidays. It was heaving. Heaving with people walking around and looking at things. And looking at each other. Young people flexing. Girls eyeing up guys. Guys eyeing up girls. Families corralling kids and trying to stop ice creams and milkshakes going all over the polished floors. The music blared out. The store lights and facades of the coolest shops all looked like clubs on a Friday night. Culture Kings, Footlocker, Challenger.

But there amidst all of the bling, the expensive trainers on sale, the clothes shops selling the latest gear, the vast array of food stores, the excess we have grown used to in the West, it made me think: “We’re only one seriously shocking event away from the thin veneer of this life being stripped away. We’re only one financial disaster away from the bread and circuses being exposed for what they are.”

Of course we always are. That’s the truth of it. And it doesn’t take a global disaster, an economic disaster or a climate disaster to do that. All it takes is one painful personal disaster for all of this to come crumbling down. The disaster of your P plated son or daughter looking right at the crossing when they should have looked left. The disaster of that painful stomach you haven’t gone to the doctor about to be diagnosed terminally. The disaster of finding that text message from that woman on your husband’s phone. We teeter on the edge of disaster all of the time.

Our Help Comes From the Lord

I read Psalm 121 this morning and its memorable beginning

“I lift up my eyes to the hills.
From where does my help come?
My help comes from the LORD,
who made heaven and earth.”

And it ends this way:

There’s a precursor there to the hope of the resurrection fully formed in the New Testament. “All evil” and “forevermore”. If we didn’t have that, what would we be? Well we’d either be anxious or worried (which is the scourge of the modern West), or we’d be in denial (hello shopping mall)!

I’m reading through Acts again this past week or so. And in chapters 8-10, here’s what we get: In just two chapters we get heretics, an occultist, a sexually broken government executive, a religious moralist who hates Christianity, and a military leader from an occupying force all encounter Jesus. I mean that just about covers all the bases of that world back then and our world here today.

That’s right, the Samaritans, Simon the Magician, the Ethiopian eunuch, Paul, and Cornelius the centurion, all encounter Jesus is quick time. It’s as if the writer of Acts, Luke, is trying to impress upon us just how powerful and all reaching the gospel is, and just how rich and varied the Christian community is going to be. Which is of course what he is doing.

Do I think this secular thing, and it’s refusal to admit transcendence into the public square has some time to run? I do. I think it’s got legs for some time yet. But as Mark Sayers observed recently, while it may feel that the tide is out, the fact is that tides always come back in again. We should be praying to that end.

We don’t need to be tailoring and shaping and cutting the gospel message to make it more acceptable to the modern progressive mind, or the modern conservative mind, both of which are positing a future without Jesus. The gospel was not acceptable to those folk in Acts 9-10. Until it was.

Maybe I’m still speaking in the afterglow of that great conversation, but it was testament to my friend’s capacity to speak life-giving words about Jesus in small, gentle and patient ways over a long period of time. He was as obedient in his setting to the gospel call as Philip the evangelist and Peter the Apostle were in Acts 8 and Acts 10. And in Acts 9 with Saul? Jesus cut out the middle man and did the job himself.

And he still can. It’s a secular age, but Jesus is still working.

Article supplied with thanks to Stephen McAlpine

About the Author: Stephen has been reading, writing and reflecting ever since he can remember. He is the lead pastor of Providence Church Midland, and in his writing dabbles in a number of fields, notably theology and culture. Stephen and his family live in Perth’s eastern suburbs, where his wife Jill runs a clinical psychology practice.

The Hardest Work You’ll Ever Do 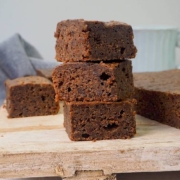 Rend Collective’s Chris Llewellyn on Worshipping in a Crisis

Finding God in All Seasons: Darlene Zschech on Her New Book ‘The Golden Thread’ 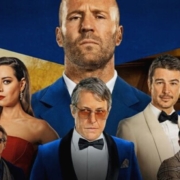 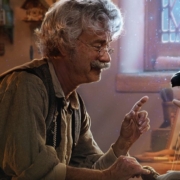