Blog - Latest News
You are here: Home1 / News2 / Rules of Engagement for the SSM Survey

The Parliament has enacted special legislation to govern campaigns for the Same Sex Marriage Postal Survey.

In keeping with the survey itself the rules for the campaign are also contentious.

Why the need for this special legislation?

Legal limitations on free speech are never undertaken lightly, although on this occasion the legislation was supported by both major parties and the Marriage Law Survey (Additional Safeguards) Act 2017 quickly passed through the Parliament.

Because the Postal Survey in being conducted by the Australian Bureau of Statistics (rather than being a Plebiscite as was the Government’s original plan) legislation was necessary to apply the usual provisions of the Electoral Act to the period of the campaign.

However this Act goes one step further, by including anti-vilification provisions:

15 Vilification etc. as a result of expressing views etc. in relation to the marriage law survey question

(a) the other person or persons have expressed or hold a view in relation to the marriage law survey question;

(b) the first person believes that the other person or persons hold a view in relation to the marriage law survey question;

(c) the religious conviction, sexual orientation, gender identity or intersex status of the other person or persons.

The law remains in force only until the Postal Survey period finishes on November 15.

So will these provisions stifle debate, or do they represent a reasonable protection?

Open House sought the views of Neil Foster, Associate Professor of Law at the University of Newcastle, and the author of the informative blog Law and Religion Australia.

Professor Foster says while the law contains some constraints on misuse, such as the need for the Attorney General to approve any legal action for vilification, it leaves sufficient doubt about the definition of vilification to act as a dampener on free speech.

He says it is notable that religious teaching or preaching are not included in the exclusions to the vilification provisions, while satire is an allowable defence.

Professor Foster has also expressed concern about the implications of a change to the marriage law for both groups and individual who hold a traditional faith-based view.

As to the future for those holding a traditional view, Neil Foster said there are “serious reasons for people to think very carefully about supporting [a] change to the law of marriage”.

“Where marriage laws have been changed around the world … there’s a great deal of challenge to those who hold to the views of traditional heterosexual marriage which has been supported by Christianity and other religions for many years,” he said.

Young & Free on Worship in Lockdown, and Their New Singles

“Jesus Back From the Dead? April Fools!” 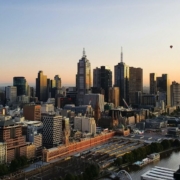 The Future of Cities 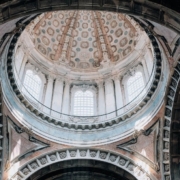 Disruption, Disillusionment and Diversity: The Future of the Church 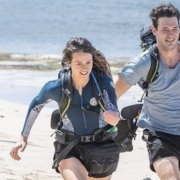 “Disability Isn’t In My Vocabulary”: Skye-Blue Henderson from ‘The Amazing Race Australia’
0 replies

5 Tips: Developing the Shape of your Soul