Can Christian schools maintain their beliefs and approach the issue of gay students and teachers with compassion, tolerance and understanding? It is a hotly contested issue that has roared back on to front pages since a leak from the Ruddock Inquiry Into Religious Freedom.

Where to for faith based schools?

In order to bring some much-need light rather than heat to the debate, Open House took a timely deep dive into the important questions of religious freedom, anti-discrimination law,  human rights and faith-based schools.

Following the Ruddock Inquiry leaks, secular activists began a pre-emptive campaign against Christian schools based only on their assumptions about how same-sex attracted students and teachers will be treated.

The agenda seems to be to move the Australian community from the acceptance of same-sex attracted people to the demonising of those who hold a legitimate religious belief about homosexuality.

Being kind and tolerant

The Gospel calls on sincere Christians to treat everyone in a kind and Christ-like manner, regardless of their creed, race, gender, ethnicity or sexuality. That means that religious conviction should not be used to justify or normalise hateful behaviour that denigrates or endangers others.

Equally, secular activists have the freedom to promote their position with kindness and tolerance to those who have faith-based beliefs.

It is a different world

It was not too long ago that Christian marriage between a man and a woman was the uncontested norm in society. In 2017 Australian voters convincingly voted in favour of allowing same-sex marriage.

While a substantial minority voted against this move, they have accepted the outcome. Many of those no votes came from Christians who still have the right to worship (and marry) in freedom and in accordance with their beliefs.

A maze of laws and rights

On Open House, Mark Spencer, Executive Officer, Policy and Government Relations at Christian Schools Australia, spoke to Stephen O’Doherty about finding a way forward that respects the right to religious freedom, the requirements of State and Federal Anti-Discrimination Laws and the principles and legal provisions protecting human rights. Stephen was previously the CEO of Christian Schools Australia, retiring from that position in 2016.

Show us the report

According to Mark Spencer, the debate about gay students and teachers in Christian (and other faith-based) schools will be critical to the future of those schools.

He believes it is essential  the Ruddock Inquiry Into Religious Freedom (completed some months ago) be released by the government. To date, all the speculation and media commentary has been based on a leak of recommendations.

Mr Spencer says it is important to understand the context of the deliberations of the expert panel who conducted the inquiry.

“Our hope is that we get to see the expert panel’s consideration of these issues not just their recommendations, and have an informed discussion around this that is actually based on experts looking at all of the more than 15,000 submissions; how they’ve weighed them up, how they’ve considered these issues and came up with the recommendations that they’ve come up with,” says Mark Spencer.

Mark Spencer met last week with both the opposition leader, Bill Shorten, and with Prime Minister, Scott Morrison.  He says they were both sympathetic to the issue of Christian schooling.

“It’s fair to say the Prime Minister is sensitive to the needs of Christian schools and faith communities in this area.  As a parent with children in a Christian school, he’s obviously got a very direct connection and understands. ” said Mr Spencer.

The heart of who we are

Asked about the significance of the rights of Christian schools to choose their staff, Mark Spencer was emphatic.

“It is fundamental. It is the heart of who we are.  Education is a people business and we need staff that can do that in accordance with our faith and beliefs. Everything else is window dressing.” he says.

About the Author: Anne is the producer of Open House – a weekly three-hour live talkback radio show exploring life, faith and hope from a Christian perspective.

“The Battle To Keep Your Baby”: The Hidden Truth Of Abortion Laws

Remembering our Farmers this Christmas 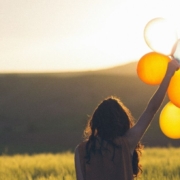 Perhaps Australia is the Lucky Country After All

How to Know if He’s Boyfriend Material

Around the World on 50 Bucks: The Amazing Global, Spiritual Journey of Christopher Schacht

Strong Back. Soft Front. Wild Heart.
5 Signs That It’s Time to Look for a Counsellor

How to Navigate Differences in Your Relationship
Scroll to top