He’s the man who inspired one of the greatest film franchises in history, so it was only a matter of time before the life of J.R.R. Tolkien was brought to the big screen.

Taking us into the backstory of the writer, poet, and academic, the biopic Tolkien starring Nicholas Hoult (About a Boy, Max Max: Fury Road) touches on the inspirations for The Hobbit and The Lord of the Rings trilogy, and how J.R.R. invented an entire language for the people of Middle Earth.

Going in blind to Tolkien’s history, you soon realise his epic imagination was inspired by a tough upbringing.

Orphaned at twelve years of after his mother passed way (his father had died years earlier), Tolkien and his brother go in to adolescence under the care of Father Francis, a trusted clergymen who their mother assigned as legal guardian.

Father Francis sought to place the brothers into a good home, and also pushed Tolkien academically, encouraging his studies and eventual placement at Oxford University.

At Oxford, Tolkien formed the closest male friendships of his life. He and three other boys created a literary-loving brotherhood of sorts, meeting to share stories, indulge in poetry, and generally be quintessentially English.

The Horrors of War Take Their Toll

Once World War 1 hits though, things change. They all go to fight on various fronts, and are affected deeply by what they experience.

Tolkien’s night terrors, flashbacks and cruel memories feed into the Lord of the Rings imagery, and gradually you see how the Middle Earth saga was born.

Reminiscent of Dead Poets Society and The Theory of Everything, Tolkien isn’t for the noisy blockbuster lovers. It’s for fans who want to escape the noise, and understand the man who made the fanfare possible.

You are left with mixed emotions when it’s over, though.

‘Tolkien’ shows us how tragedy can inspire the greatest stories, and how creativity can pull us out of darkness.’

On the one hand, it’s sad to see how much this one man endured: war, death, isolation, and extreme social pressure. Yet, Tolkien is a hopeful story about the power of art and imagination. It shows us how tragedy can inspire the greatest stories, and how creativity can pull us out of darkness.

There’s also something beautifully delicate about Tolkien’s romance with fellow orphan Edith Bratt (Lily Collins). Meeting in their share home, both bring out the best in each other. Tolkien stirs Edith’s confidence in her self-expression, and Edith encourages Tolkien’s love of language and storytelling. They have their bad days (no spoilers), but remind us how love fuels growth.

Tolkien is perfect winter viewing, and is in cinemas now.

Is Our Prison System Working? Why Should we be Concerned?

In the Push For Artificial Intelligence in the Form of an Robotic ‘Superhuman’ Race, Christians Must Speak Up, Says John Lennox

You Could Have Been: The Children’s Book Written For Grieving Parents

What to Do When God Isn't Speaking 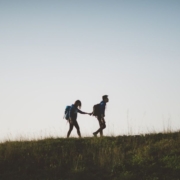